What Do a PANDA, a PENGUIN and a HUMMINGBIRD Have In Common?

What Do a PANDA, a PENGUIN and a HUMMINGBIRD Have In Common?

It seems difficult to find a resemblance or some similarities between these three. But in the end, they all have something in common; they are Google algorithm updates called PANDA, PENGUIN and HUMMINGBIRD. I have asked myself several times why Google decided to call these algorithms these specific names; I am still debating on the reason behind it. It seems that every time that Google launches an update, everyone panics and companies rush to see how their rankings are being affected by these changes.

My intention is to provide a clear and simple interpretation and clarification on the principles of each update, and how they can affect your rankings.

Before I start talking about each update, I want to offer some insight into the meaning of the term “algorithm”. An algorithm is a computer program that will look for clues to provide you with the information you are looking for. Currently, Google relies on more than 200 clues to guess what we are looking for when we search all over the Internet. The clues or signals include things such as your where current location, freshness in certain content and terms on the website, and many others.

Now that you know what an algorithm is, I can provide a good idea of what PANDA, PENGUIN and HUMMINGBIRD are. The last three Google algorithm updates produced enormous challenges for companies, as these updates caused rapid changes in several organizations search engine rankings. 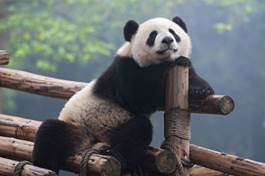 This update was launched on February 24, 2011. The penalty was based on low quality content, and resulted in demotion on search results. It hit 12% of search results based on the numbers that Google provided. Companies that were on page 1 ended up on page 23 and as you know, most people do not go past page 2 when we do a search online.

Since the PANDA update came out, content marketing has become very popular, placing a great focus on blogging. 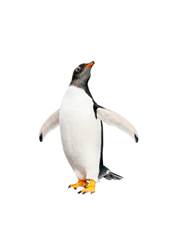 This update was launched on April 24, 2012. This update was generated to penalize sites that do not follow Google’s guidelines, as well as websites manipulating Google’s rankings, such as keyword stuffing. This update was a response from Google to the so-called “black hat” SEO tactics to link building; buying links just for the sole purpose of linking back to the main website. These practices were penalized, and now it falls on each and every single website owner to manage and identify the quality of the links, ensuring those that lack any benefit or relevancy to the industry are removed. 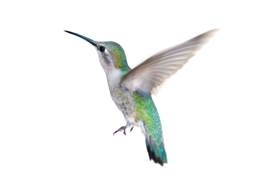 This update was launched in August of 2013. The goal of this update is to make Google respond not only to keyword research, but also to the actual user’s intent behind these keywords. This update is looking for a natural language; No typos or grammatical errors. Google is now looking for new and fresh content made for human readers. But, there is a second aspect of this update that relates to the importance of mobile compatibility; therefore, there is more important than ever to have a responsive strategy for your company. In other words, your customers and potential customers should be able to view your website in the same format through several electronic devices, like tablets and smart phones.

Considering all of this together, you now know that the focus needs to be on good and frequent content, natural linking, and a compatible mobile presence. New changes will come and go when Google continues rolling out new updates; there is no doubt about it. We will continue learning and helping customers adapt, allowing them to reach their market regardless of such updates. At NetGain we constantly strive to implement the best SEO practices that will help to attain our customers’ goals.